Language, Mockery and Racism: The Case of Mock Spanish

I. Introduction: What is racist language?
Offensive and/or racist language takes many forms, and the weight of its impact lands in ways that speak volumes about those within earshot. In order for such language to do its work, we must, as Judith Butler writes, believe that language possesses “a power to injure, and position ourselves as the objects of its injurious trajectory” (1997, p. 1). To the point that humans “require language in order to be” (Butler, 1997, p. 1), Laura Ahearn (2017) reminds us that words and language always live in social worlds and are products of those who interact and locate their identities within those worlds. In short: Language that is offensive, racist, and violent is the work of human beings who, through and in language, are practicing and committing offensive, racist and violent acts.

II. If intentions are good, can language still be racist?

Absolutely. In fact, one’s intentions have little to bear on the impact that a piece of language has in defining social order. In its usage, racist language “points to” categories of people seen as a threat or disruption to a dominant culture of Whiteness that organizes everyday society. Racist language often uses words or turns of phrase to crystallize and undesirable stereotypes, for instance. Yet, so much of racist language is often covert (hidden, implicit) in nature and does not necessarily register as racist by those who use such language to communicate. Racial microaggressions, first identified as such in 1970 by African-American psychiatrist Chester M. Pierce, are a paramount example. Verbal, nonverbal, or environmental, these are the “brief and everyday slights, insults, indignities and denigrating messages sent to people of color by well-intentioned White people who are unaware of the hidden messages being communicated” (Sue, 2010).

III. What is “Mock Spanish” and how does it support racism?

In a similar vein, the late anthropologist Jane H. Hill explored “Mock Spanish” (see 1993, 2008) as a type of cosmopolitan, “with-it” linguistic expression that evokes a type of colloquial, carefree, humorous persona. While originating from research in the U.S. Southwest, Hill would later argue that Mock Spanish has indeed enjoyed global appeal. Hill’s examination starts from the idea that White Americans don’t necessarily “manifest some abstract zero degree of monolingualism” as so popularly imagined. “They do use Spanish, but in limited and specialized ways that support a broader project of social and economic domination of Spanish speakers in the region” (Hill, 1993, p. 147). Hill committed roughly two decades of research to show how Spanish-inspired humor thrives in otherwise monolingual English communication to this effect. This humor necessarily involves an appropriation or re-claiming of language—a “type of theft,” a slight yet forceful shift in power where a piece of language is taken and used in ways for which it wasn’t originally intended (Hill 2008). This is much like the taking of more material resources—like land, as in a classic colonial example—where those who benefit from and enjoy this new “property” may quickly forget about its stolen origins all together.

How can we classify Mock Spanish

Hill explained that an example of Mock Spanish may involve up to four “indexical” strategies at once. For the sake of space, I’ll focus on three of these in the next two paragraphs. By “indexical” strategies (Ochs, 1990), I mean that such language could implicitly “point to” a more offensive piece of communication that goes unspoken and unacknowledged—this is precisely what makes this variety of racism covert. One of the four strategies is euphemism—the use of obscene or scatological Spanish words in place of English equivalents (‘caca’ or ‘cojones’ to land a particularly comedic punch that ‘poop/shit’ or ‘testicles/balls’ may fail to achieve). Another strategy is the cavalier use of Spanish grammatical elements. For instance, Hill points specifically to the well-worn expression ‘no problemo’ in Mock Spanish to support the claim that monolingual White folk freely add the suffix -o to any English word in order to create a kind of colloquial English. The adding of the Spanish masculine definite article to English nouns (often along with the added -o) is also a means to raise a chuckle among like-minded company. While this all could easily be mistaken for, and is regularly dismissed as, a form of language play, Hill insists that we consider otherwise. Mock Spanish, she writes, has been long established as a linguistic space for “orderly disorder” (Hill 1998; 2008) within dominant White spaces in the U.S.

The “non-serious function” of Mock Spanish depends on an inattention to Spanish’s grammatical and phonological detail (Hill, 2008, p. 149). However, this guides and is guided by a larger social arrangement where Whiteness is elevated as “orderly” over that which marks Color—such as the audible presence of Spanish in English-dominant public spaces. Spanish is as such regularly and falsely maligned as a language that does not belong in the United States. Regularly relying on this language ideology (set of beliefs), Donald Trump’s use of Mock Spanish is infamous. As a presidential candidate in the fall of 2016 whose racist words and deeds had been firmly established, Mock Spanish communicated his opposition to drug-smuggling criminals—conflated loosely with undocumented immigrants—at the U.S.-Mexico border. At the third presidential debate with opponent Hillary Clinton, he declared, “We have some bad hombres here and we’re going to get them out.” The mis-pronunciation of ‘hombre’ aside, the choice of this term performed a third indexical strategy, one that uses an ordinarily positive or neutral word in Spanish to indicate meaning that is hardly positive or neutral. To be clear, Trump did not say “bad men.” He said ‘bad hombres.’ This choice connected the notion of “immigrant” not simply to an entire gender (“men”) (the literal translation of that word), but to what the use of Spanish could index in the context of his conversation. More specifically, one can argue that he was speaking to an audience who he imagined would agree that Mexican men were/are inherently undesirable, “illegal,” criminal and violent. In short, when Donald Trump spoke of non-White, Spanish speaking immigrants in such a fashion, a choice of one Spanish word in this context made a connection to racist stereotypes abundantly clear.

Hill’s scholarship on the case of Mock Spanish initiated a larger repertoire of work on mock registers as attached to other racialized identities (for instance: “Asian,” Chun, 2004, 2016; “Indian,” Meek 2006). The languages taken up in these registers are done so in a similar fashion: Users of the racist variety mock at the expense of marking the social group targeted as disorderly and socially inferior from that of Whites. Particularly for White scholars, it is easy for many of us to get lost in the diversity of examples of Mock language and rest one’s focus on these cases as merely bad, insensitive ways of speaking and positioning oneself in a White supremacist society. Those of us who are not the object of their injury may quickly forget about their damaging impact. My concern is that this tendency to distance oneself from “bad” ways of speaking indirectly reinforces Whiteness as elevated and orderly. We all may be quick to malign and cast off “bad” White users of Spanish by virtue of their reliance on (and perhaps defense of) “Mock language.

I recommend instead that Applied Linguists committed to anti-racist work study multiple recent calls for a raciolinguistic perspective (see Rosa, 2019, among others) to the study of language and language education. This perspective not only diverges from the study of “minority” language practices as worthy of scholarly attention because of their divergence from a communicative standard or norm—it refocuses its attention to the ways in which those identifying with the linguistic majority perceive and construct those linguistic practices as “minority” in the first place. To this end, the admonishment of mock registers alone is not enough. Instead, as Rosa (2019) challenges us, “a raciolinguistic perspective must be informed by a theory of change that is focused on reconstituting or eradicating systems of domination, such as racial capitalism, White supremacy, and the normative modes of [contemporary-day colonialism] that organize these systems” (p. 6).

Rosa, J. (2019). Looking like a language, sounding like a race: Raciolinguistic ideologies and the learning of Latinidad. New York:
Oxford University Press. 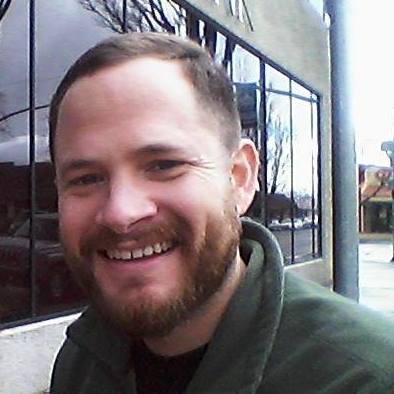 Adam Schwartz (Ph.D., Language, Reading & Culture, University of Arizona) is an associate professor in the School of Language, Culture & Society at Oregon State University (OSU), and is currently a visiting researcher at the Center for Language, Interaction and Culture (CLIC) at University of California, Los Angeles. He is currently at work on his first book, tentatively titled Spanish So White: Conversations on the Inconvenient Racism of a “Foreign” Language Education. Adam can be reached at adam.schwartz@oregonstate.edu.