Lenore A. Grenoble, The University of Chicago

The last 25 years have seen a surge in the study of the causes of language shift, the replacement of one language by another, and methods to reverse it, driven by predictions that 50–90% of the world’s languages will be lost over the course of the next century (Krauss 1992). The discourse has itself changed from one of endangerment and loss to an emphasis on vitality and sustainability. In this I present a theoretical approach to understanding the dynamic nature of language vitality, the Vitality Network Model (Grenoble & Whaley, forthcoming). The Vitality Network conceptualizes language practices as part of a larger nexus of social practices and provides a tool for representing them. By unpacking complex behaviors into the multiple activities that create and shape them, we can pinpoint pressures on language use. An example is provided by social domains in Greenland. Kalaallisut (Greenlandic) is the first language of the majority, but Danish is a strong second language. Hunting and fishing are domains where activities are conducted in Kalaallisut, but the influx of international fisheries increases Danish (and English) language practices. Even the use of GPS systems has an impact, replacing the Greenlandic coastal-based orientation system with a compass-based one.

One implication of this model is that sustainability cannot be reduced to simple cause-and-effect relationships between socio-cultural variables. Group networks, and the language ecologies that exist in are complex systems. This is illustrated by my fieldwork in the Arctic, investigating the changes that occur as speakers of minority indigenous languages shift to a majority language. Case studies target differing language ecologies in urban and rural areas in northeastern Siberia, in the Republic of Sakha, Russia (home to Russian, the local majority language Sakha, and several minority Indigenous languages), and the position of Sámi in Sapmi and Oslo in Norway. The model shows urbanization to be a significant driver of language shift, having a profound impact on Indigenous language vitality and well-being. 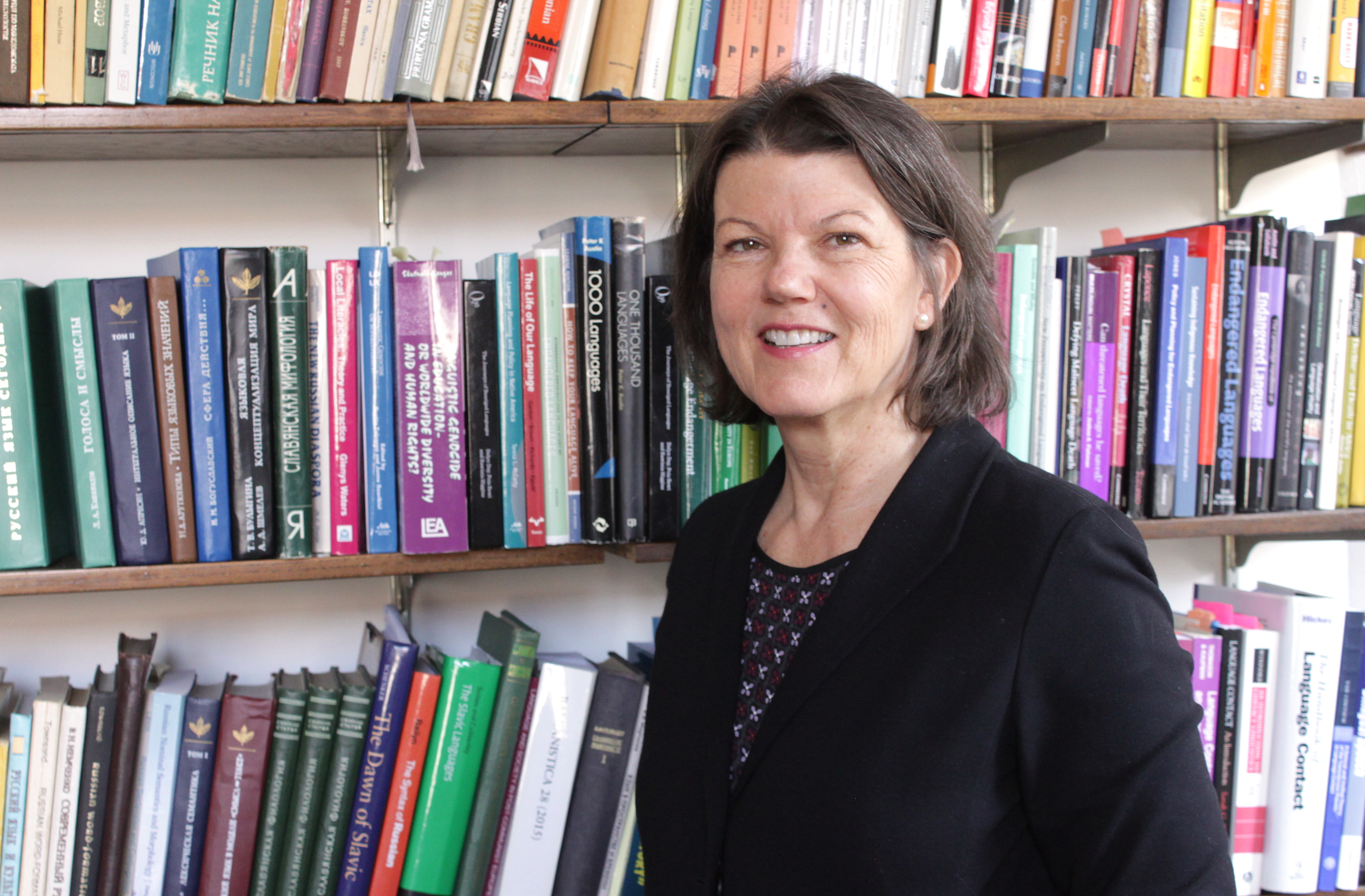 Lenore A. Grenoble (,  University of California, Berkeley) is the John Matthews Manly Distinguished Service Professor in the Department of Linguistics at the University of Chicago.  Her research focuses on the study of contact linguistics, language shift and vitality, language documentation, and the study of language practices as contextually and culturally situated. She is currently studying the impact of urbanization, cultural and climate change in the Arctic, with fieldwork in Greenland, Norway, and the Sakha Republic in the Russian Federation. She is a member of the American Academy of Arts and Sciences and her current projects are supported by the National Science Foundation’s program in Documenting Endangered Languages, the Fulbright Arctic Chair Norway, and the Guggenheim Foundation.