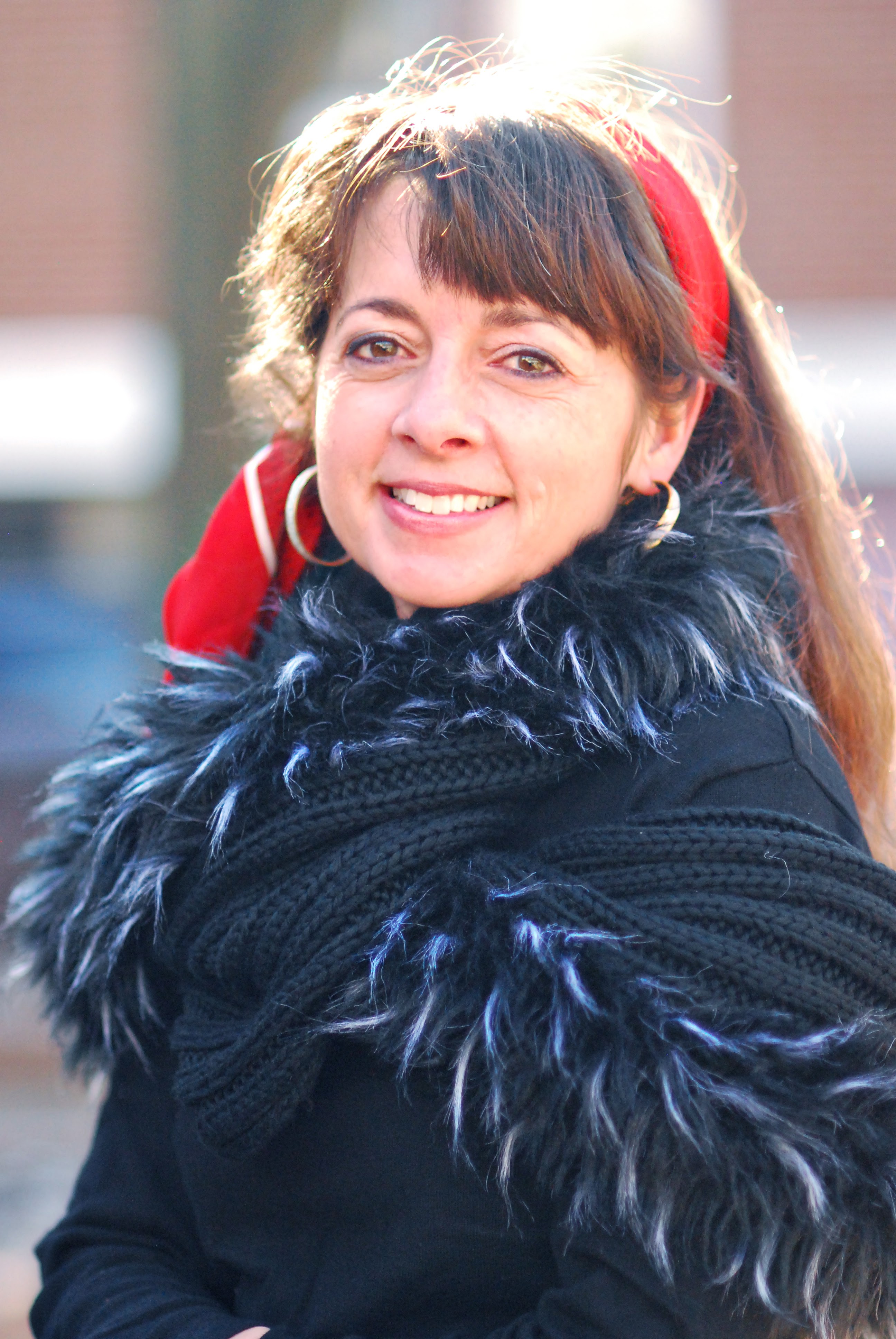 This colloquium brings together research that explores the language and literacy development of fans engaged in different types of online fan practices. The fan practices explored here include not only the writing of fanfiction (stories that build upon and transform existing characters and universes that others have written about), but also fansubbing (the translation of audio-visual texts such as those found in television shows and digital games), spoiling (the discovery and sharing of plot points from movies and television shows during filming), and (for example, the race-bending, gender-bending/cis-swapping of characters from popular media in fan works such as fanfiction and fanart). Each of the papers presented in this colloquium a wide range of linguistic, digital, literary, and even social transformation that emerges when fans engage with and transform popular media through their fan practices.

Taken together, therefore, this collection of papers explores a variety of practices in the digital wilds that have been undertaken by fans to support language learning and digital literacy development, to critically respond to literary texts, to foster opportunities for identity negotiation and feedback on writing – all of which hold implications for the classroom.

This study is situated in prior work on online fan practices and computer-assisted language learning (Sauro, 2017) and reports on a case study of the informal language and digital literacy development of a Sherlock Holmes fan who engaged in the fan practice of spoiling. Spoiling, defined as the discovery and sharing of plot elements or key outcomes of television shows and movies (Duffet, 2013), often takes place via international online social media networks, necessitating careful attention to the veracity of sources as well as the ability to transmit information concisely and accurately to international communities of fans. In 2013, during of the third series of the British television show Sherlock, the sharing of filming locations, plot points from filming, and other details observed on outdoor sets were shared and analyzed over international fan communities on Twitter and Tumblr under the tag #setlock.

Drawing upon prior case studies of the language and literacy development of fans (e.g., Black, 2006; Lam, 2006; Lepännen, 2008), this paper reports on a case study of the language and digital literacy development of Steevee, a Sherlock fan living in Germany, who became heavily involved in sharing, archiving, and analyzing spoilers from #setlock. Data consisted of posts from Steevee’s social media accounts, published and unpublished recordings of Steevee for a Sherlock Holmes fan podcast about spoilers, a semi-structured skype interview, and follow-up email correspondence with Steevee, which were analyzed using qualitative thematic analysis. Key findings included Steevee’s increasing awareness of and ability to monitor and modify her English in order to successfully communicate information with an international fan community, and her development of critical digital literacy skills, including the ability to critically read and verify the biases and validity of information posted online by both fan and professional sources.

The ins and outs of translation of games
Boris Vazquez-Calvo, University of Southern Denmark andUniversity of Santiago de Compostela

Fan translators are young people who translate for fun cultural products to which they are strongly attached. Among fan we may encounter those who translate written text (fanfiction), text embedded in audiovisual content (fansubbers who translate subtitles or gamers who translate scripts in games) or text enacted in audiovisual content ( who translate and dub scripts in movies or series). With digital ethnography techniques (face-to-face or online interviewing, online observation with annotated screenshots or screencast videos), we will present the discourse and practices of two gamers: Selo, who translates games from English into Spanish, and Link, who translates games from English into Catalan. Underpinned in the conceptual framework of New Literacy Studies, we conducted an inductive, thematic analysis of data. Results indicate that (1) either working solo (Selo) or collaboratively (Link), fan translators of games exhibit a complex ecology of relationships, roles, and functions in order to produce translated texts for gamers worldwide; (2) fan translation can be construed as a complex digital literacy and language practice that surpasses interlinguistic code-switching and includes IT, linguistic, sociocultural skills; and (3) with similar problems to those in professional audiovisual translation (character space limit, translation of humor), fan translators devise strategic solutions showing high levels of creativity and language awareness. The two variables setting our two translators apart (solo vs. collaborative translation, and Spanish vs Catalan as the target language) yield perceptible cues signaling divergent translation strategies (foreignizing, domesticating) or purposes (quantity over quality of translations). This may be explained by their predominant identity trait (affiliation to gaming, language identity), presumably exerting an impact in the learning they gain. Finally, fan translation sets an example of how translation can be used as a pedagogical tool in a communicative and sociocultural manner, debunking misconceptions of translation as a valid activity in language education.

as myth-making, world-making, and self-making: How fans are reading and writing the self into existence
Ebony Elizabeth Thomas, University of Pennsylvania

In the digital era, stories still matter (Fox & Short, 2000). Yet even as stories, ideas, and people circulate globally with speed, distance, and intensity, age-old systems of inequality and oppression remain. Young people who do not see themselves reflected in dominant narratives are increasingly using the tools of social media to read and write the self into existence (Vasquez, 2014), bending our world toward textual justice. Historically, stories that were sanctioned as canonical assumed a White male readership as their imagined audience. In the past, it was necessary for people from the margins to identify with and comprehend officially sanctioned stories just to survive. Whether literary prose, religious metaphors, or edicts and laws, would-be readers and writers from nondominant groups had to accommodate textual erasure and misrepresentation while reading. Yet narrative and counterstorytelling have always been sites of textual resistance, and the fan communities of the new media age prove fruitful for exploring how young people, in the words of Lin-Manuel Miranda’s Eliza in the popular musical Hamilton, “put [themselves] back into the narrative.”

This study provides an overview of new trends in reader response in digital age fandom, particularly the phenomenon of bending texts using social media, positioning such acts as  (Thomas & Stornaiuolo, 2016). Grounded in Louise Rosenblatt’s influential transactional theory of reading (1938/1995), theorizes the shifting relationships between authors, readers, and texts in relation to broader cultural practices as represented on social media. Building on theorists from Mikhail to Noliwe Rooks, this study illustrates tensions between individualistic ideological becoming and critical reader response as a means of protest (Bakhtin, 1981; Rooks, 1989). To account for the rise of this phenomenon of bending, examples are provided from sites of fan communities where participants are producing fanwork based upon popular children’s and young adult books, movies, comics, and other media. After situating these phenomena within millennia-old traditions of narrating the self into existence, the presenter will conclude by exploring broader implications for literacy education.

As young adults engage in fan-based literacy practices, particularly when such production involves participating in online affinity spaces, this creative work can serve to scaffold and motivate their developing identities as writers. As English teacher educators and literacy researchers, our studies of fanfiction on sites like Fanfiction.net and other online spaces have explored these practices and suggested that this “in the wild” writing can invigorate the writing and language learning in formal learning environments. We argue that fanfiction allows writers to play with their identities as they infuse elements of themselves into the creations they share online and it provides youth access to empowering identities as successful writers. However, as youth position themselves as particular kinds of writers and fans, they must also negotiate the contextual factors and expectations of their chosen online writing community, thus troubling the field’s celebratory attitude about these spaces as sites where young writers can be agentic in their literacy and identity work.

Before the theories and practices of online affinity spaces can be integrated into school contexts, researchers need to move beyond the study of exceptional cases to recognize the multiple pathways for participation, communication, and collaboration these spaces afford. Doing so allows us to critically examine the opportunities for and constraints against fan-based literacies informing writing instruction. For this purpose, we developed a linguistic analysis method to study a common and valued practice in online fanfiction spaces - the feedback that authors receive from their readers. Our talk offers a brief review of our fanfiction research, then outlines this method and focuses on how this work has helped us to (1) consider a broader range of fanfiction activities and (2) interrogate our methodological practices and reflect on our assumptions about context, learning, collaboration, and writing.