What do the data show? Multiple theoretical perspectives on learning in a single L2 classroom. 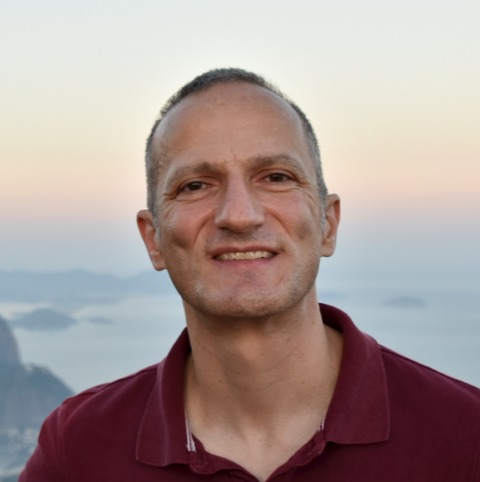 This colloquium investigates instructed second language (L2) learning by documenting interrelationships among a range of sociocognitive factors within a single L2 classroom.  Presenters representing current social and cognitive theoretical frameworks will analyze a comprehensive set of quantitative and qualitative data gathered in a third-year L2 Spanish class at a suburban US high school during a single, one-week instructional unit. In this class, students developed an explicit rule for the pronoun by inductively analyzing its use in narrative texts and then using it in whole-class and small-group communicative tasks. A second, comparison class received explicit, deductive instruction on the target structure before completing the same communicative tasks, while two other classes served as controls for the quantitative assessments. Learners completed receptive and productive assessments before and after instruction, and all whole-class and small-group classroom interactions were recorded. The data thus allow for a rich analysis of in-class language use and accompanying learning outcomes.

After an initial 20-minute introduction to the data gathering context and procedures, colloquium participants will each discuss, in 15-minute time slots, the importance of different feature(s) of the data from one of five perspectives:

To build cohesion, each presentation will address the following key questions:

A 30-minute discussion with attendees will synthesize common threads among the various perspectives while also identifying how each makes unique contributions to understanding L2 instruction and development. Relevant connections between the empirical evidence, theory, and practice will be interwoven within the discussion.

A generative psycholinguistic perspective
Feature reassembly in the classroom: L2 Spanish instruction on the clitic with different verb classes
Alan Juffs, University of Pittsburgh
Silvina Montrul, of Illinois at Urbana-Champaign

This study investigates how L1 morphology affects L2 Spanish development among instructed English native speakers. Following Lardiere’s (2009) Feature Reassembly Hypothesis (FRH), it considers to what extent explicit instruction promotes novel associations of semantic and syntactic features with forms. Specifically, it focusses on argument structure-changing morphology, which requires the clitic in Spanish (María rompió el  / El rompió) but utilizes zero morphology in English (Maria broke the glass / The glass broke). Research shows that the way L1 morphemes are instantiated affects the processing and acquisition of morphemes in the L2 (Montrul, 2002). How then can instruction guide L2 learners in identifying semantic and syntactic features to map onto new L2 forms? We focus on verbs that denote a change of state and alternate (romper, break) and two types of inherently intransitive verbs (non-agentive unaccusatives, and agentive unergatives). The intransitive version of is semantically like unaccusatives, but unlike unaccusatives, it must be marked with . If L2 learners begin associating with non-agentivity, the FRH predicts more overextension of with non-alternating unaccusatives than with unergative verbs.

One hundred thirty-eight Spanish learners were divided into three treatment groups: control (n = 40), explicit, deductive instruction (n = 49) and explicit, inductive instruction (n = 49). They completed a timed grammaticality judgment and a written production task with different classes of Spanish verbs. They were tested before instruction, immediately afterward, and six weeks later. Results on both tasks show that the instructed L2 learners increased in both accuracy and overgeneralization of compared to the controls, with more gains made by deductive learners than inductive learners. In line with the FRH, these results also show a co-occurrence of -overgeneralization and L1-based omission errors, thus demonstrating variable instruction-derived developments in L2 grammatical knowledge.

Cognitive perspectives of language (L2) acquisition largely focus on understanding the mechanisms that underlie language learning (e.g., noticing and attention) and the knowledge and processing that support language use (e.g., explicit/implicit knowledge). Investigations into L2 mechanisms often involve manipulations of a particular construct between groups, frequently instantiated through variation between instructional treatments. L2 knowledge is then measured by task accuracy, reaction time, and their change over time, although recent work also examines real-time processing (e.g., event-related potentials). A limitation of this approach is that measures taken during instructional treatments are often lacking, creating a “black box” problem where assumptions are made regarding the constructs manipulated by the treatments. Insights into how L2 learners process input and/or interact with the L2 and with their interlocutors can be gained through observations made during treatments, as in Toth’s study. With such evidence, researchers working within cognitive perspectives can more effectively explore the effect of the construct of interest on L2 development.

We apply such an approach using the current dataset provided by Toth. Although data about input, interaction, and processing during instruction are not available for each individual, observations taken during classroom instruction provide insights into the general strategies that occurred within each instructional group, such as the amount of metalinguistic language used in the classroom. After describing these strategies to understand the differences between groups, we examine the effect of instructional treatment on the development of L2 Spanish as measured by a sentence-picture matching task and a picture description task. Additional analyses consider whether different verb classes moderate development. Based on these analyses, we discuss how a priori decisions affect the ability to conduct analyses relevant to particular theoretical perspectives, and we conclude with considerations for datasets that can be informative across perspectives.

This study investigates concept development within the PACE approach to grammar instruction (Adair-Hauck & Donato, 2016). After presenting a culturally valid text to learners and directing their attention to a target structure within it, the teacher co-constructs a grammar rule with them before they complete communicative extension tasks to apply the rule. In this high school second language (L2) Spanish class, the target concept was the use of the pronoun in impersonal and passive constructions.

From a sociocultural perspective, L2 proficiency development benefits from the development that instruction nurtures. This requires a conscious awareness of the concept being learned, the ability to voluntarily control it, and the ability to organize concepts into systems (Mahn, 2015). As learners externalize their understandings of L2 concepts through social interaction, they render them “available for examination as well as intended to promote development” (Lantolf & Poehner, 2014, p. 146). Classroom interactions thus act as mediation for concept development when they push learners beyond their current level of independent functioning.

This paper examines how the mediation provided by the teacher and peers during a PACE lesson fostered or, in some cases, failed to foster, learners’ development of concepts related to the pronoun . Concept development was defined as movement from other-regulation to self-regulation in their use of and the transcendence of learning to unaided situations. This was operationalized as performance on a picture description task and communicative activities. Other-regulation was analyzed via analysis of teacher-student and student-student interaction during co-construction and extension tasks. Those findings were then compared to learners’ independent use of subsequent communicative activities. Through this process-product analysis (Nassaji & Swain, 2000), we discuss what counts as evidence of development from a sociocultural perspective, and which features of interaction were most impactful on learners’ development.

As an approach to the study of social interaction, Conversation Analysis (CA) offers a systematic analysis of how people coordinate language and action on a moment-by-moment basis. CA research assumes that the activities of producing and responding to talk exhibit identifiable interactional practices such as turn-taking, sequence organization, and repair. From the CA perspective, learning resides in these identifiable practices as a public and accountable process.

Building on a substantial body of research that employs CA to investigate how classroom interaction unfolds in real time, this study examines the interaction in a high school Spanish class. The data consist of the whole class discussions that follow a series of group co-construction tasks in which learners are working on understanding Spanish -. We focus on an interactional practice displayed by the teacher of asking students to assess a previous student response. In the whole class discussion, the teacher frequently attempts to elicit student participation by asking questions. When a student responds to the teacher’s question, the teacher may ask “What do you guys think?” or “Do you agree or disagree?” to the whole class instead of providing her own assessment or feedback. In focusing on how the sequence unfolds following this third turn, we identify various types of learning opportunities “afforded” by the teacher. For example, students may reformulate the previous response, provide an alternative response, or express agreement or disagreement. Thus, the teacher’s third turn not only engages the student who provides the original but promotes active participation from other students and contributes to the co-construction of knowledge. We discuss the implications for practice, particularly the potential for explicating interactional strategies that would enable teachers and students to more productively participate in whole class discussion.

When studying a second language, learners develop roles as participants in social practices (Young, 2009). An important element of their participation is how they represent and negotiate identities through language. Linguists from various disciplines apply the notion of stance to understand how certain social positions are embedded in discourse and interaction (e.g., DuBois, 2007). More specifically, research in applied linguistics and social interaction has begun to examine ‘epistemic stance,’ or positions of certainty, doubt, imprecision, etc., to show how knowledge is claimed in discourse (Biber et al, 1999). By exploring stance-taking practices, we can identify the processes by which learners claim certain identities and how these identities are negotiated through interaction in the classroom.

This study examines classroom development from a positioning and social identity approach (e.g., He, 2004; Jaffe, 2009), considering how learners position themselves as language experts and novices during peer interaction in the Spanish L2 classroom. The data come from audio and video recordings of small-group interactions as learners discuss their understandings of grammatical concepts. We analyze how learners utilize discursive resources, such as justifying and mitigating their responses and requesting help and confirmation, to display and ascribe epistemic stances, and we consider how these stances may index particular identities. Our findings reveal how learners claim these identities and represent their roles as Spanish speakers in the classroom.

Because these classroom interactional data only tell us part of the story about students’ identities as language learners, future research including learners’ backgrounds is necessary. Our study describes how researchers can better understand identity in classroom interaction when data include observations of students’ participation in discursive practices outside of the classroom and students’ reflections on those practices. To conclude, we discuss the types of investigation that can achieve a deeper understanding of student positioning and identity development.