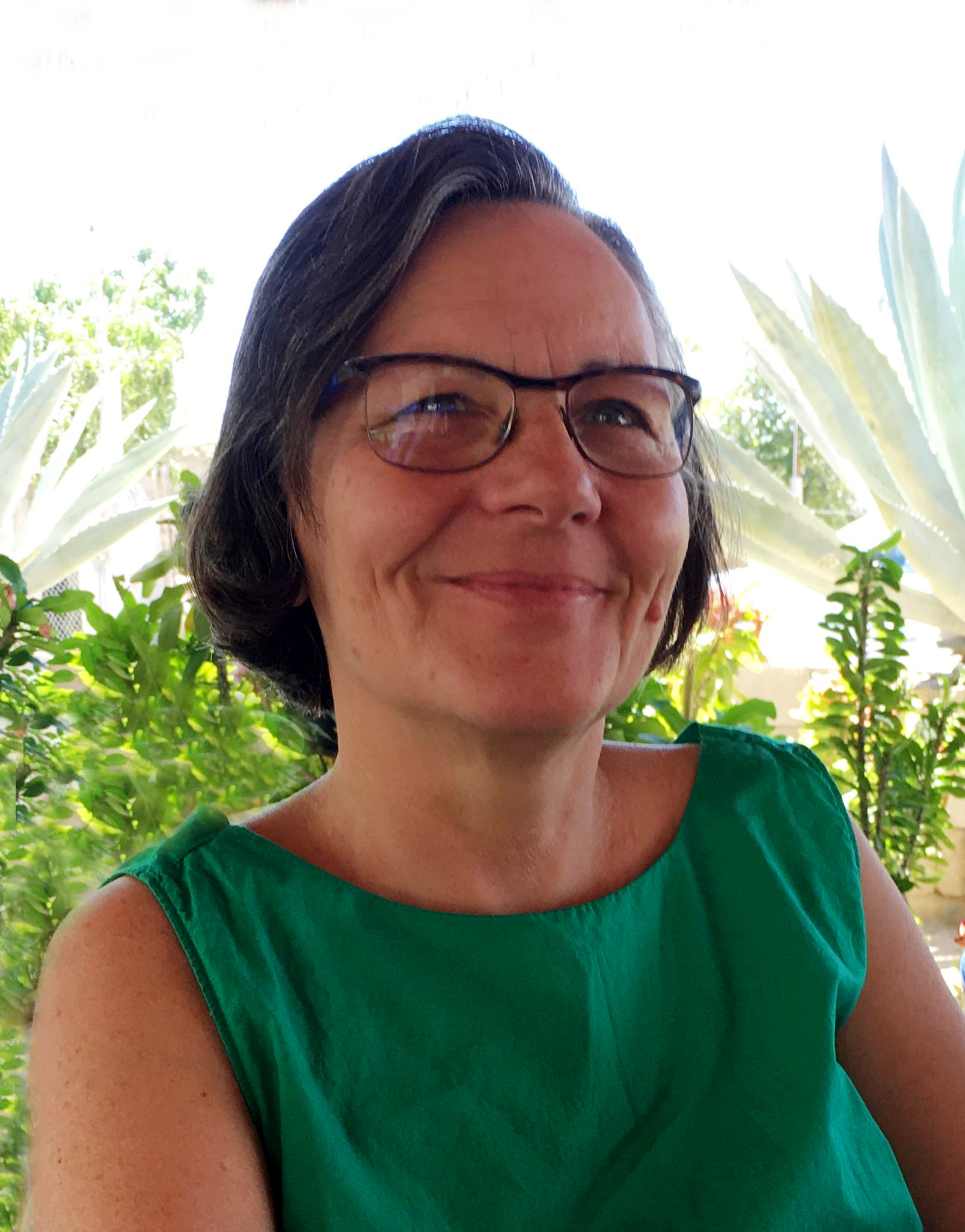 Recently scholars have called for the adoption of a transdisciplinary perspective in second language research and teaching to expand the theoretical horizon in the field and account for multiliteracies (Douglas Fir Group, 2016). Some researchers (Canagarajah, 2018; Pennycook, 2018; Smythe et al., 2017; Toohey, 2018) have been crossing disciplinary boundaries as they turn to theories of new materialism (Barad, 2007) and posthumanism (Braidotti, 2013) emerging in many areas of study. This scholarship questions established binaries (e.g., animate/inanimate, inside/outside) and reconceptualizes humans, animals, nature, and other matter as entangled and ontologically inseparable. From this perspective, phenomena are seen as vibrant assemblages in which human and non-human elements come together in temporary relationships that have effects (Bennett, 2010; Deleuze & Guattari, 1987; Pennycook, 2018). Informed by this lens, the colloquium presenters explain how it leads them to rethink learning, pedagogy, and research in Applied Linguistics. In the first presentation, thinking with assemblage helps move away from a human-centric gaze on multilingual story production and considers how children, digital tools, researchers, and other matter are intertwined in literacy learning ecologies. The second presenter investigates how engagement with objects in digital film production in primary school and teacher education decenters language and the linguistic norm in teaching while stimulating language learning. The third presenter draws on teacher interviews, , and of adult immigrant language classrooms to map unfoldings in an arts-based activity and describes how assemblages transform planned teaching into unpredictable living pedagogy. The fourth presenter examines multimedia collages, reflective logs, and interviews to illustrate ways of becoming a technology-enhanced language teacher and contemplates how teacher education emerges with(in) assemblages of actual/virtual human and elements. The presentations are 20 minutes each, followed by a 15-minute talk by the discussant and a 25-minute period of discussion and questions at the end.

We are studying relationships formed by children, a digital tool called Scribjab (www.scribjab.com), and other human and non-human participants in multilingual and multimodal story production at home. Acknowledging digital tools and practices are not universally accessible, with Kuby and Rowsell (2017), we see a need to study literacies as emergent local phenomena constituted by multiple things that matter, including literacy materials, physical arrangements, social positionings, and discourses about what counts as literacy practice.

Language and literacy researchers exploring theories associated with new materialism and posthumanism invite us to query how human bodies, discourses, and materials are entangled (Canagarajah, 2018; Krell, 2017; Pennycook, 2018; Toohey, 2018). In this scholarship, learning environments are seen as assemblages of vibrant material and immaterial elements that form temporary relationships and have effects on phenomena (Barad, 2007; Bennett, 2010; Deleuze & Guattari, 1987). Working with assemblage entails moving away from a human-centric gaze, an exclusive focus on language and a reliance on representational logic.

In our research, assemblage helps us conceptualize how literacy learning ecologies include more than social processes. This challenges us because it is a marked departure from much of our training and research so far and requires that we consider how we too, as researchers, are also part of the complex of participants in literacy ecologies. As Bhatt and de , (2013, p. 9) suggest, we are “always and already entangled with the very apparatuses (cameras, recordings, software, etc.) we use to record, or rather re-present, the phenomena”. In this presentation, we recount how we are grappling with being intertwined with research tools as we gather fieldnotes, artifacts videos. We describe as well how we are exploring approaches to fieldwork and reporting practices to recognize more-than-human dynamics in encounters of children, Scribjab, and other material participants in digital story production.

In this talk, I investigate how engaging with objects creatively stimulates language learning by decentering language and linguistic norm as the focal point of activity. I explore an approach whereby students work with self-chosen objects and produce short films using a stop-frame-animation iPad app. Following Brazilian conceptual artist Cildo Meireles, who says that “materiality makes more than one language possible”[1], I argue this approach opens new avenues for first and second language learning in three ways: (1) the genre of digital story enables the inclusion of multiple languages into a multimodal composition (Anderson & Macleroy, 2016); (2) the physical exploration, manipulation and assembling of objects stimulates thought and drives the story; (3) this process, seen as a co-construction between humans and objects that (Barad, 2003), draws on language in a non-obtrusive way. Embedding learning in inquisitive exploration, the approach invites playfulness and offers an alternative to reproducing standardized models of learning and language production (Kress & Selander, 2012). This decentering from norms, which often inhibit learners from speaking and drawing on their language resources creatively, connection, identification, and the power to articulate ideas esthetically and linguistically, and increases as the process unfolds (Budach, Patrick, & Mackey, 2015). Drawing on examples of ethnographic fieldwork conducted in a Luxembourg primary school and a teacher education course at the University, I discuss such object-human encounters. I aim to show how a posthuman, materialist approach can nurture educational theory. It explains learning in ways that honor material objects as ‘vibrant matter’ (Bennett, 2011), teaching us important things about ourselves and the world in which we live and learn.

Arts-based pedagogy can support intellectual, social, and emotional processes in language learning (Anderson & Chung, 2011). My on-going three-year study considers the potential of arts-based, pedagogy to enact the dual mandate of Canadian adult immigrant language programs: official language learning and integration of newcomers. In contrast to psycholinguistic and sociocultural perspectives characterizing the “affective turn” in language acquisition (Pavlenko, 2013), affect theory (Deleuze & Guattari, 1987) frames research and pedagogical practice as effects resulting from relations between human and non-human bodies. Affect theory within a materialist paradigm “facilitates a consideration of the power of objects to affect the spatial politics of learning environments” (Charteris, Smardon, & Nelson, 2017, p.808). In addition, its onto-epistemological underpinning shifts the aim of research from problem-solving to problem-creation (Deleuze & Guattari, 1994). The that emerged from the current socio-material research assemblage (Fox & Alldred, 2015) is How do classroom materials produce language pedagogy?

Drawing on teacher interviews and classroom observational data (field notes and video-recordings), this research assemblage maps different unfoldings of one arts-based activity in a Quebec French second language classroom and an Ontario English Second Language classroom.  Inspired by established pedagogical practices with migrant youth (Danzak, 2011) and children (Arizpe, Colomer, & Martínez-Roldán, 2015), adult student-participants read Tan’s The Arrival, a wordless narrative about migration, and were invited to write imaginary character profiles. The data mappings suggest how the complexity of classroom assemblages constituted by human bodies (teachers, students, researchers) and non-human bodies (texts, technological devices, etc.) has the power to transform planned pedagogy into unpredictable living pedagogy (Aoki, 2005). One key implication is language teacher-researchers might accept Nichols and Campano’s (2017) socio-material invitation “to see the contingencies of teaching and learning not as confounding variables to be overcome, but as a fundamental condition of our work as educators” (p. 247)

Curricula in numerous countries have been updated to ensure that students and teachers develop competencies specific to the digital demands of today’s fast-changing Information and Communication Technology (ICT) based world. These competencies include the ability to communicate effectively through diverse technological devices, to monitor creative processes, and to appreciate diversity, disorder, and ambiguity (C21 Canada, 2015). Unfortunately, research shows that both pre- and in-service language teachers often do not feel prepared to face the challenges generated by the integration of technology into their teaching. It is not surprising, then, that a number of experts have questioned not only the adequacy of teacher education in Technology Enhanced Language Education (TELE but also the very methods used in much of the research intended to help language teachers effectively integrate ICT into their practices (Johnson, 2013; Arnold & Ducate, 2015).

The goal of this presentation is to create a space propitious to the emergence of novel thoughts and practices associated with teacher education in TELE. This presentation is in line with the necessity to re-think the interrelationships between language, technology, and teacher education, as we will engage conceptually and methodologically with the ever ambiguous, intersectional, multimodal, and transformative relationships that affect the ways of becoming a technology-enhanced language teacher. Working with(in) the concepts of assemblage (i.e., temporal arrangements of connections) and rhizome (i.e., unpredictable, multiplicious, and disruptive growth and connections) (Delanda, 2006; Fox & Aldred, 2015), this presentation will report data collected as part of a study that focused on the design of an online graduate course in TELE. Through the (i.e., mapping of data assemblage; Masny, 2016) of teachers’ multimedia collages, reflective logs, and interviews, we will illustrate how teacher education in TELE is a -creation that emerges with(in) assemblages of tangible/intangible human and material elements.